New Book – AS STILL AS STONE 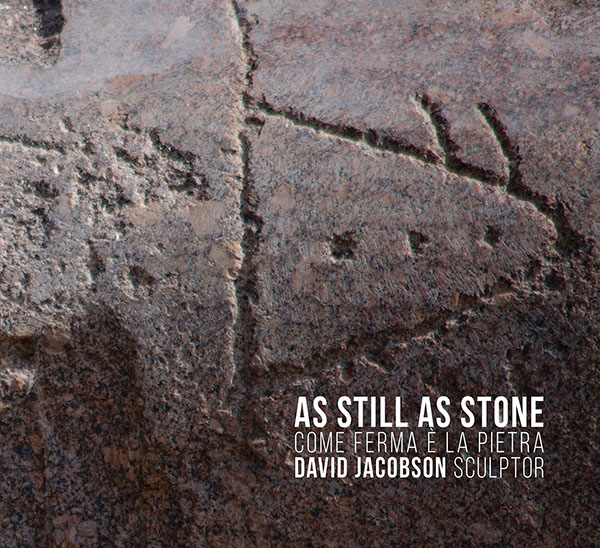 This book is a collection of works that catalogues a journey, my career as a sculptor and printmaker, and my love for Camaiore in Versilia (a region of Tuscany), where I have decided to lay my hat and have since 2014 been remodelling a house and landscaping a garden for my work. The order is not sequential, you could say that the chronology is in reverse order, but there is a logic to this as will become evident. – David Jacobson

Through stone we have a direct vision of the unfolding of time, of the ceaseless series of phases and cycles, of the occurrence of events and transformations. Before such an abysmal depth, human existence and our very life seems to vanish as a tiny fragment absorbed into this compact and heterogeneous mass. The rock fixes the present thanks to its mass and materiality, but it is a vestige of a very distant past that left unequivocal and indelible signs. As he works the stone, David Jacobson sometimes feels drawn by these natural traces and obediently follows them, letting them guide the development of his creative project. The first step in his aesthetic research is precisely this interaction with primitive material such as wood and stone, which accompanied our species at every step of its evolutionary development, and transmitted to man not only a sense of belonging to a composite reality, but also the awareness that he could forge this reality by impressing signs and leaving traces as evidence of his existence. – Pier Paolo Dinelli